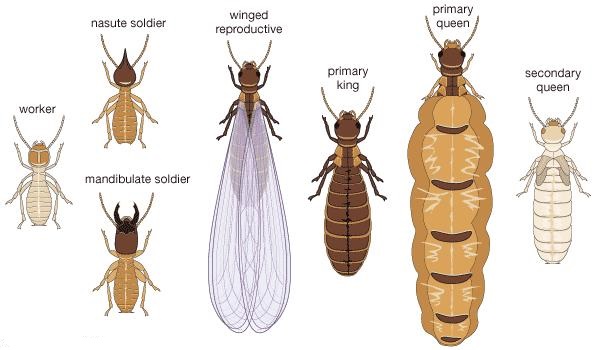 Termite Pest Control, though termites are tiny, they are a huge problem everywhere. They cause trillions of dollars in damage each year. Once termites find a way into your property, they will not stop till they consume all cellulose within your premises. These tiny pests are extremely organized and systematic in their approach to get their food source.

Just like any organism, termites do everything in their ability to survive. Each time a nest is threatened with extinction, the queen will go into survival mode. To sustain their species, the Queen termite will produce winged reproductives, also known as alates or swarmers.  Home-owners will usually find them flying around a light source after a heavy downpour. These winged reproductives have one purpose, it is to find a suitable environment to start a new nest or colony. One male and female will tunnel into the soil, close to a food source to establish their very own colony.

As time goes on, this new colony will grow larger and much more established. A mature nest can consist of millions of termites. A single mature nest can also have multiple kings and queens. A threat to a nest can come in numerous ways.

Termites spread like network marketing on steroids. This makes termites very common and every home should have regular Pest Control inspections. Each time termites are mismanaged, two things will happen. Firstly, the termite queen will produce more termites to make up for their casualties. Lastly, the alates produced would create another nest of two that will end up infesting more homes.  The only saving grace is that from one batch of alates that is produced, only a small fraction can successfully form a new nest. The majority of alates will not survive. This is the reason you will find lots of carcases and shed wings when the night before you had seen many swarmers. 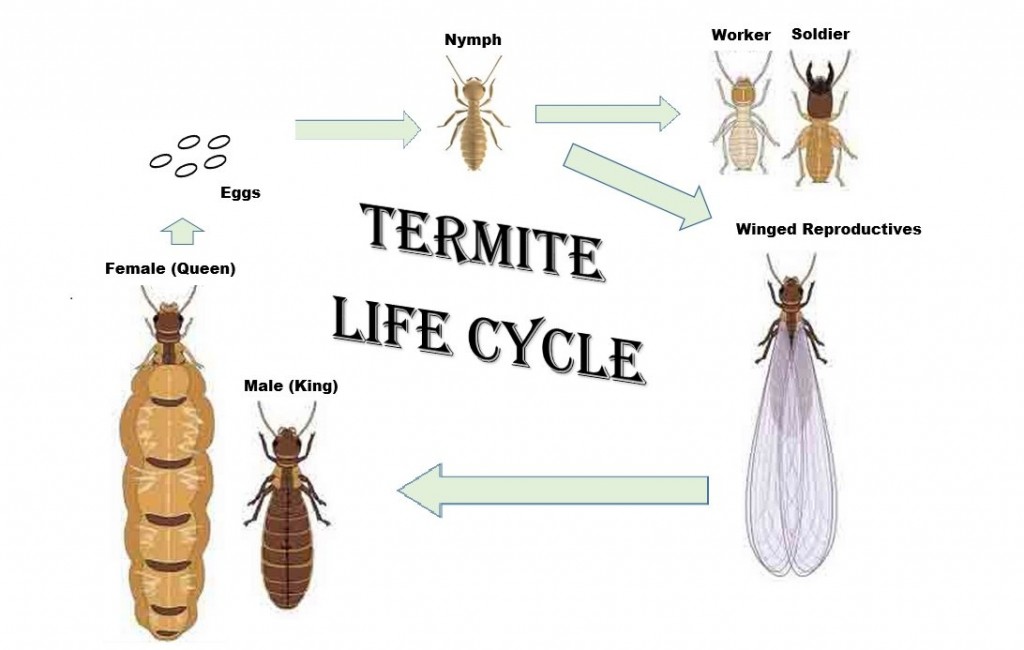 Ants and Termites both produce swarmers. An Ant infestation occurs in this same way except ants can nest in any condition within your home. See our Ants or Termites to identify the differences.  A mature termite nest is constantly seeking food sources. When a new source is detected, the queen will produce more workers to retrieve the cellulose to the nest.

Queen Termites can produce up to 20,000 eggs in a single day. However, only when a food source is found do they increase their population. When the food source is in abundance, more queens (secondary queens) will be provisioned to meet the demands of the task.

King Termite’s role in the colony is to mate with the queen. The king and queen are immobile and never leave the nest. The king mates with the queen throughout its entire lifetime. On average, a queen can live up to 50 years.

Soldier Termites are the only form of defense for a termite colony. The most common enemy for termites are ants. An alarm pheromone signals and brings soldiers to the site of the attack. Soldiers make up only about 2% of the colony. In some species, termite soldiers have a tube-like projection (called a fontanelle) that contains a sticky substance that entraps their enemies. Soldier termites also knock their hard heads on the mud tubing or surfaces to create a vibration to alert the colony of the threat. When you disturb a termite infestation, you can usually hear a cracking / ticking sound.

Worker Termites are the most important caste in the colony. They make up 95% of the nest. Worker termites are responsible to feed the entire colony, upkeep the nest and tend to the eggs. Termites feed through a process called trophallaxis. Trophallaxis is an effective nutritional tactic to convert and recycle nitrogenous components. It frees the parents from feeding all but the first generation of offspring, allowing for the group to grow much larger and ensuring that the necessary gut symbionts are transferred from one to another.

Maximum Pest has been solving termite infestations in Singapore for numerous years. We provide free site inspections to determine the extent of your infestation and advice you on termite treatment options.